Remote only until further notice; Rainier Hall 206 when in person operations resume. 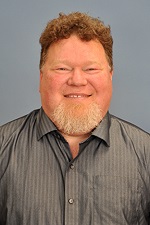 Sebastian has been working with TRIO Talent Search and Upward Bound for nearly two decades. He was born and raised in Washington State and is a third generation Washingtonian. Sebastian started out his journey in TRIO as an SSS student participant while attending Everett Community College. He went on to earn a bachelor’s degree from Seattle Pacific University in Latin American Studies, graduate-level certifications from Seattle University in Counseling and Teaching English as a Second Language, and a master's degree Public Administration from the University of Washington. He enjoys working with amazing TRIO students because they always teach him new things and inspire him in his work. 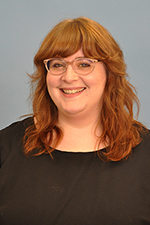 Kate has worked in the TRIO Pre-College Programs at South since March 2017.  She has been connected to TRIO Programs since through her own experience as a TRIO SSS student while attending Southern Oregon University in Ashland, Oregon.  While there, Kate served as a TRIO tutor and mentor from 2012-2015 and also worked in the Art and Art History Dept. and Women's Resource Center.  She earned her bachelor's degree in Studio Art from SOU in 2015 before completing a year of graduate work at the University of Washington's 3D4M (Three-Dimensional Forum) Program.  Kate really enjoys working on the UBETS team and especially loves the strong sense of community created by both students and staff.  She gets excited about finding new ways to be creative in her work and is committed to serving students well by providing quality administrative support and both students and her colleagues. 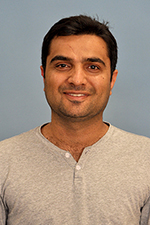 Jasim has been a part of the UBETS team since January 2019.  Prior to accepting his new position at South, Jasim worked at the North Seattle College Opportunity Center for Employment and Education where he served as the Integration Program Coordinator for the college.  He has also worked as an accountant in the non-profit sector for Neighborhood House and he brings a great deal of experience in office management and accounting to the UBETS department.  Jasim earned his bachelor's degree in Business Administration from Balochistan University of Information & Technology in Quetta, Pakistan, and an additional certificate in Retail Management from Whatcom Community College in Bellingham before relocating to Seattle. 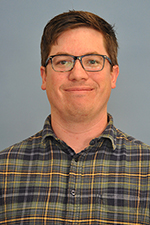 Eric started his journey as an educator during his first year of college, when he got a random job as a math tutor at a local high school. Since then, he has taught math for several years and has been passionate about math, college access, and fighting against inequities in education.

Eric has worked with UB at at Evergreen HS since 2012. He loves the students, community, and culture in the White Center area. He looks forward to supporting all students at Evergreen. Go Wolverines! 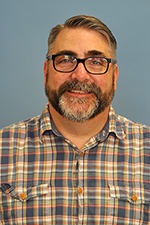 Roger came to UB in 2016. After two year at Evergreen HS as the UB Learning Specialist, Roger moved to Tyee in 2018 to take on the Assistant Director role. He is an Indiana native and brings 25 years of youth development experience to the UB team. As a first generation college student himself, Roger is passionate about helping UB students not only access college, but also develop the soft skills needed to successfully complete a college Career.

Roger has enjoyed getting to know the great adult staff and faculty at Tyee in order better serve our Upward Bound students. 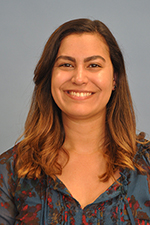 Arleen’s father always told her, “la edcación es lo unico que nadie te puede quitar” (your education is the only thing no one can take from you). she has been been a teacher since 2013 and has taught English at both the middle school and high school levels. As a teacher, her aim is to make sure that students are engaged and aware of their options.

Arleen moved to Seattle in 2017 and although she misses the sights and sounds of Miami, is thankful and exited to work in a community as unique and vibrant as Evergreen. 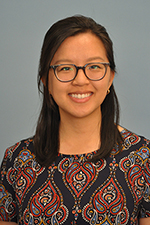 Ti came to UB and Tyee May of 2018. She loved every second of her first UB summer and felt great about the strong relationships she built to start her UB career. She has big things planned for the year-round UB class at Tyee! She comes from a LARGE refugee Vietnamese family and is thrilled to be working with such a rich student population at Tyee. She is a former high school math teacher at Seattle Public & Porland Public, originally from the Washington D.C./Maryland area.